A group with French roots and international influence

With more than 100 employees on the cutting-edge production site in Bordeaux, LAFFORT® has the highly technical oenological expertise needed to have a global reach and adapt to the specific nature of each individual market.

LAFFORT® ARGENTINA commenced operations at the beginning of 2002. The country’s economy was going through a rough patch, but that didn’t stop LAFFORT® from investing whole-heartedly in the Argentinian wine industry. To ensure the best possible opportunities for growth and development, LAFFORT® ARGENTINA set up their own distribution and warehouse, allowing them to offer Argentinian winemakers all the technical support they needed.

The subsidiary is based in Lujan de Cuyo, in the Mendoza region, in one of the most beautiful vine-covered landscapes on earth. Here, the iconic Malbec and other varieties ripen gently under the watchful eye of the Andes. From the furthest southern territories of Neuquén and Rio Negro right up to the northern regions of Salta, Catamarca and Jujuy, LAFFORT® ARGENTINA applies a full range of skills, expertise and a keen sense of duty to become a strategic partner for Argentinian winemakers across the country.

They have blossomed under the aegis of Maria Eugenia Berducci (Managing Director), with the exceptional sales team Thomas Gomez and Pablo Retamales, the administrative and logistics team, Paul Stocco (logistics and warehousing), Maria Lidia Forêt and Soledad Gutiérrez (Administration).

The year was 2006, Italy had just won the world cup, the first tweet was posted, and LAFFORT® had officially opened its doors in the land down under! And since those exciting times 12 years ago LAFFORT® AUSTRALIA has been dedicated to expertly servicing the dynamic Australian wine market.

Stationed within 2 hours of the iconic Barossa Valley, Clare Valley, Adelaide Hills, and McLaren Vale regions, LAFFORT® AUSTRALIA’s head office and warehouse is situated in Woodville North, in Adelaide’s northern suburbs. However we at LAFFORT® AUSTRALIA recognised quickly that in order to fully service the diverse Australian winemaking regions it needed to be stationed deep within its widely expansive states. Hence LAFFORT® AUSTRALIA has since built new branches in the Hunter Valley in New South Wales, Margaret River and the Swan Districts in Western Australia and in The Yarra Valley servicing the Victorian and Tasmanian markets.
This dedication to our customers, as well as our commitment to fast service and local understanding of the terroir, has made us one of the most widely known and trusted wine technology supply companies in Australia.

LAFFORT® AUSTRALIA is headed by its Managing Director, Tertius Van Der Westhuizen. With the Technical and Sales teams comprised of Paul Rose, Kevin Luke, Robin Querre, Andrew Mariani, Alana Seabrook, and Simon Joy. Please feel free to contact any of our knowledgeable team to discuss any winemaking questions or queries you may have. Our team is always happy to be of service.

LAFFORT® CHILE opened its doors to business in the year 1996. We are fulfilling the needs of the chilean wine industry that has 140,000 hectars of vineyards with an average national wine production of 11 million hectoliters per year. The main office and warehouse relocated to the Paine-Metropolitan region in 2017. We supply all the wine production valleys from the north to the south of Chile.

The Chilean team is headed up by Claudio Cereghino, the Managing Director; and the Technical Director of South America is Fernando Cordova. Our Technical and Sales team consists of Carolina Fernandez and Raul Rebolledo. The Logistics team is formed by Mauricio Zavalla and Cesar Catalan, and Hernan Quintriquen is in charge of Accounting.

All of our Chilean team is here to help you!!!

IN 2000, the Y2K bug didn’t happen and LAFFORT® ITALY began to care the LAFFORT® Italian market.

Today is based in Tortona, a logistic hub strategically placed in northern Italy.

At the beginning of 2017 the growth of the market gave the impulse to relocate the main office and warehouse to a larger new location.

We are also always at full disposal to all our customers to provide the needed informations and support.

LAFFORT® RSA opened its doors to business in 2000 and is proud to be fulfilling the needs of the South African Wine Industry for the past 17 years.

The main office and warehouse relocated to a new premise in the state of the art Zandwyk Business Park, just outside of Paarl in 2015. Paarl is situated in the heart of the South African Winelands, and is majestically bordered by the mountains of the Groot Drakenstein and Franschhoek ranges. There is another branch situated in Roberston district, 100 km away, where the lime-rich soils and Breede River valley makes the area well suited to winegrowing.

The South African team is headed up by Morne Kemp, the Managing Director. The Technical and Sales team consists of Ernst Kleynhans, Pia Carstens, Susan Erasmus and Tommy Loftus.

Give us a call, send us a message, or find us on social media – the team is here to help!

LAFFORT® SPAIN began its activity in the early 1930s in the Spanish Basque Country. At the time, it was already a pioneer in the company’s international calling. It has been evolving and reinventing itself to answer the needs of a market in constant progression for over 80 years.

During all those decades and with the dedication of its employees and managing team, LAFFORT® SPAIN has adapted Bordeaux’s know-how to its own market needs and has completed it with local solutions that can thereafter be restituted within the LAFFORT® group (ESENCIA’s activity of developing and extracting aromas destined for spirits and wine based alcoholic beverages).

Thanks to its production activity and its market knowledge, LAFFORT® SPAIN has long been aware of the benefits of communication and transnational exchanges. Today it maintains its efforts in this domain in view of perpetuating the company’s international dimension.

With its headquarters located a few hundred meters from its original location, LAFFORT® SPAIN develops its activity from San-Sebastian’s suburbs in Guipúzcoa, to the rest of the counties wine-producing regions. Relying on a five branch network that constitutes a real logistical and administrative relay, it adds to its differentiation an unequaled quality of service.

The 50 and sum employees of LAFFORT® SPAIN see to the development and shinning of the company on its market, all the while staying tuned into the needs emanating from the group. 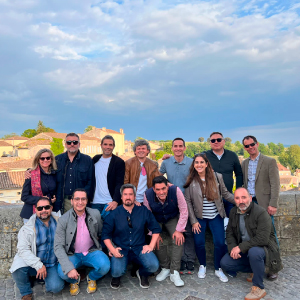 LAFFORT® USA opened its doors to business in 2010 and is proud to be fulfilling the needs of the US Wine Industry for eight years.

The main warehouse is in Petaluma, one hour north of San Francisco.  Nestled at the border of Napa and Sonoma counties we are positioned in the heart of some of the premier winery regions in the U.S.  There are three retail stores, in St. Helena since 2012 in the center of the Napa Valley, in Paso Robles since 2016 along California’s Central Coast, and in Windsor since 2017 in Northern Sonoma County.  LAFFORT® products are distributed through a network of 19 retailers in all major U.S. wine markets.

Our team is ready to provide the information needed to make optimal winemaking decisions. Reach out to us anytime, we are happy to be of service! 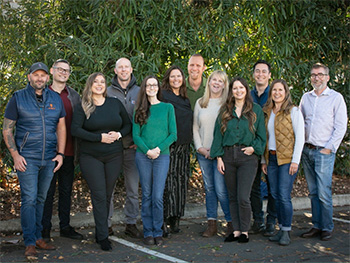 Multiproduct download: select as many documents as you wish during your browsing, your basket is saved until its downloaded.